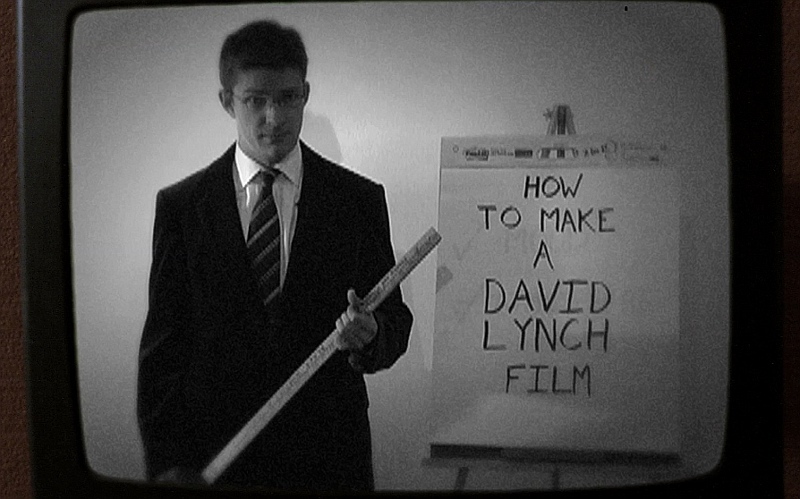 Have you ever tasted something and loved it even though you couldn’t quite put your finger on what the taste was? Have you ever smelled something wafting through the air and found yourself repeating “It smells like… it smells like…” There is a similar reaction upon finishing a David Lynch film. Having seen quite a few in my day, I have gone through the seven stages of David Lynch Syndrome or DLS. The first stage is utter confusion. The second stage consists of the repeating thought “What the hell just happened?” The third stage of DLS occurs when you move to the nearest device that will reach the internet and search for the meaning of the film you’ve just seen. Upon discovering that it cannot be explained in simple terms, the fourth stage is simply befuddlement. The fifth stage will make you question whether or not you actually just watched a movie. The sixth stage will get you if you’re not careful. In this sixth stage you will question your sanity. You’ll ask yourself things like “Am I just not smart enough to get that movie?” or “Wait… do I get that movie?” The answer is always no. No, you don’t. This leads seamlessly into the seventh and final stage which is – naturally – acceptance. You will ultimately accept that David Lynch is brilliant and you can only bask in his radiant glow of genius. END_OF_DOCUMENT_TOKEN_TO_BE_REPLACED

Apparently some lunatic named Harold Camping has predicted that the rapture will occur today, May 21st, 2011 at or around 6 p.m. This has got me thinking about all of my favorite end of the world movies. The thing about end of the world movies is that even when they’re bad, they are never so bad that they’re not enjoyable. Who doesn’t like to watch an apocalyptic mess unfold?

One of my favorite films of all time, Terminator, brought the awesome with this sequel to the movie. If you thought the T-800 was a badass, wait until you meet T-1000. He’s an updated model who, when shot in the face, recovers quickly. His powers resemble those of Alex Mack from The Secret World of Alex Mack, but he is much more violent than she was. Now, “Come with me if you want to live.” END_OF_DOCUMENT_TOKEN_TO_BE_REPLACED Everyone falls on hard times. Everyone struggles. Nick Halsey just does those two things better than most. Life is a series of choices. Some of us choose the safe road. The road that leads us down a path that will never go to any place where anything bad will happen that is your own fault. Some of us choose the adventurous road. The road that will lead you into a life of the unknown with risky decisions awaiting you at every turn. And then there are those who follow the bad decisions road. Nick Halsey took that road doing 150 miles per hour and never looked back… until now.

Everything Must Go is the story of a man who just made one too many bad decisions. He worked his way up the corporate ladder, bought some luxurious living quarters in a neighborhood that only allows the finest kind of residents, and he developed a deep and meaningful relationship with the love of his life: beer. When Nick (Ferrell) goes away on a business trip, he’s at a good place in his life. He’s sober and ready to make his company look good. Everything is going well until he makes one bad choice, then another, then another, and who knows how many more after that. Nick doesn’t even know because he had one too many drinks. The film opens in the present with Nick sitting in the company car that will soon be taken from him. He arrives home to find all of his belongings on the lawn. This guy can’t catch a break. I think the audience wants to see him succeed only because, well, he’s Will Ferrell. Ordinarily characters like Nick’s are annoying. The viewer finds themselves angry and wondering why the character can’t just get it together. Again, Will Ferrell. But he’s not the Will Ferrell we’ve seen before. That guy is in there somewhere, but this is a different Ferrell. One who wears a serious face and does whatever he has to do to get his next fix. END_OF_DOCUMENT_TOKEN_TO_BE_REPLACED

In the weeks leading up to the release of Bridesmaids, I was hearing a lot of people saying that it was going to be the female version of The Hangover. This did not help my anticipation for the film in the least because I was incredibly underwhelmed by The Hangover. I can say, after seeing the movie last night, that I am relieved and overjoyed with how fantastic it is. Unlike The Hangover, Bridesmaids is timed perfectly, the happy-sappy moments are held to a minimum, and the language requires earmuffs for anyone younger than 50. It’s nice when a movie is hyped up and then actually lives up to those standards.

Paul Feig and Judd Apatow who have been working together since the dawn of time have produced another hit with Bridesmaids. Kristen Wiig might be my favorite female comedian of all time. She has an awkward way about her that could rival Michael Cera. Like Cera, this only poses a problem when she is trying to be serious.

Ladies and gentlemen, your 2011 Bridesmaids line-up is: Wendi McLendon-Covey as Rita, Ellie Kemper as Becca, Melissa McCarthy as Megan, Rose Byrne as Helen, your maid of honor Annie played by Kristen Wiig, and your bride-to-be is Maya Rudolph as Lillian. The casting of this film could not have gone better. All of the bridesmaids and their personalities make the disastrous results of their adventures together that much more hilarious. So much so that you might find your sides quite literally splitting. Kristen Wiig and Maya Rudolph, both Saturday Night Live alums, play best friends or BFFs, if you will. McLendon-Covey comes from the hilariously absurd Reno 911 and plays Lillian’s married cousin Rita. She’s been married a long time and warns the bridal party of the horrors that come with marital bliss and having all sons. END_OF_DOCUMENT_TOKEN_TO_BE_REPLACED My excitement for The Beaver reached its peak when I read the reviews today. Most said that it was a movie that got it right. I feel that it was a movie that got it mostly right. I would not pat this movie on the back and say “Job well done.” Mel Gibson has always used the same technique to look sad, happy, angry, excited, and crazy. His crying bit in Conspiracy Theory had me in tears as well. That was way back when he hadn’t declared himself the King of Miami. I had a crush on Mel. Through his antics and his anti-whatever I have become less of a fan. I realize that Gibson is hanging on by a thread, so I won’t harp on his behavior.

This movie was Mel Gibson’s friend Jodie Foster’s way of taking his life from the dismal place in which it’s been resting to a new and improved Gibson. The elements of his life follow pretty closely to the plot line. A divorce leads to a meltdown, a meltdown leads to odd behavior, odd behavior leads to violence, and violence leads to destruction. So let’s pretend for a moment that Mel in real life is just as sane and likable as he was in, say, What Women Want. So he does The Beaver because Foster asked him to and they are old buddies? As The Beaver would say, not bloody likely. END_OF_DOCUMENT_TOKEN_TO_BE_REPLACED