Channing Tatum, I didn’t like you at first, but you’ve action adventured your way into my heart. Channing Tatum IS the Secret Service. White House Down is essentially one big titular mention. President Sawyer (Jamie Foxx) is overseeing a turbulent world, much like the real life world we live in. Cale (Tatum) is trying to salvage a relationship with his daughter, Emily (Joey King), after being gone for much of her young life while being deployed in Afghanistan. The politics-obsessed little girl is thrilled when Dad has a job interview with the Secret Service and she gets to tag along. END_OF_DOCUMENT_TOKEN_TO_BE_REPLACED 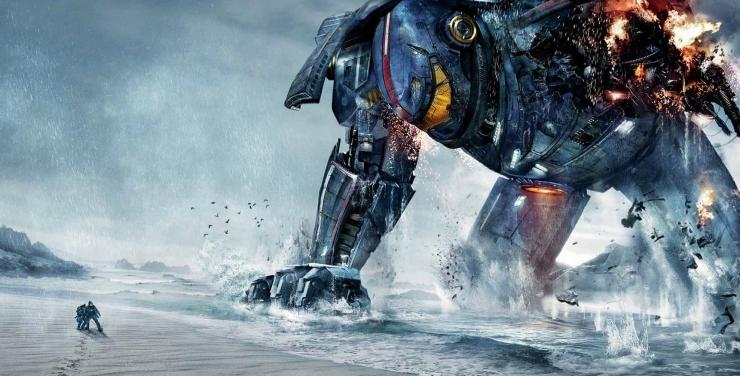 Pacific Rim, you had one job. Monsters fighting giant robots. How the hell did that turn into an hour and 45 minutes of pithy dialogue, uninteresting backstory that could have been covered in one flashback instead of eight, and a phony love story being shoved down our throats?

A promising start, PACIFIC RIM opens on shots of giant beasts tearing cities apart. A voiceover tells us that these beings – the Kaiju – started attacking their world once upon a time and despite their best efforts, they kept losing to these things. The massive robots they created to defeat the Kaiju – Jaegers – were working. Earth started winning. When the attacks grew in number, humankind began to realize that this wasn’t going to stop, and the battle continued on. END_OF_DOCUMENT_TOKEN_TO_BE_REPLACED