Skip to content
Search
Close
Time for some blind Oscar predictions! I’m not totally in the dark, but I have only seen ONE of the films recognized by the Academy for 2013. I’ve already sewn a scarlet F — for FAIL — on my dress. Why don’t we move right along to my utterly uneducated guesses, hm?

BEST Motion PICTURE of the year

— Okay, so maybe this is the only one of these nominees that I’ve seen. And maybe that’s why I’m picking it. Maybe the sun is going to explode tomorrow. Who knows? All I’m saying is that watching this movie was like being a passenger on a two-hour car ride with a person who has a lead foot. You’re stomping the floor where there is no brake pedal, gripping the door and the armrest with white knuckles, waiting for the crash. That’s some next level shit. I also think that maybe George Clooney was just at the studio the day they began filming and they were like, “Hey, you wanna be in this movie?” and he was like, “Yeah. Can I be George Clooney?” Sandra Bullock nailed it though. Nailed. It. Her Megan Ellison, Spike Jonze and Vincent Landay, Producers Nebraska Albert Berger and Ron Yerxa, Producers Philomena Gabrielle Tana, Steve Coogan and Tracey Seaward, Producers 12 Years A Slave Brad Pitt, Dede Gardner, Jeremy Kleiner, Steve McQueen and Anthony Katagas, Producers The Wolf Of Wall Street Nominees to be determined

Performance by an Act or in a Leading Role

— After last year, I really think the Academy owes Leo a supersolid. His performance in DJANGO was unparalleled. I like to imagine the Academy all shitfaced one night at a bar in Beverly Hills shouting, “Where’s Arnie?” while they filled out their ballots. But really, it’s not about it being his turn. Leo has really stepped out of his comfort zone. He’s making excellent career moves and giving Oscar-worthy performances. Plus, his mom is gonna be PISSED if he gets passed up this time. Chiwetel Ejiofor 12 YEARS A SLAVE Matthew McConaughey DALLAS BUYERS CLUB

Performance by an Actor in a Supporting Role 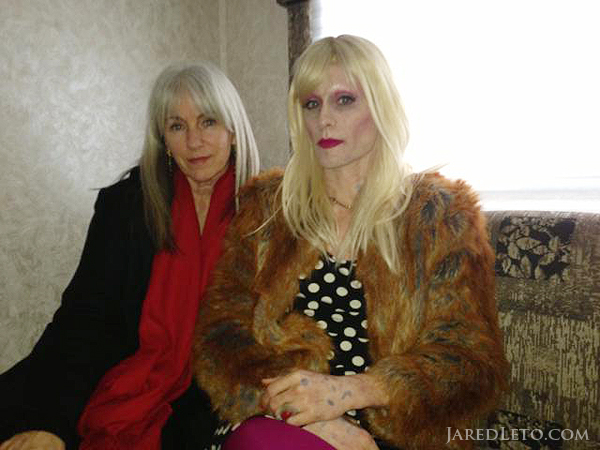 — Jared Leto’s mom is hot. That said, he’s kinda been sweeping this awards season. Let’s face it, drag works for him. He looks kinda like his mom in the movie. And it all comes full circle.

PERFORMANCE BY AN Actress in a Leading Role

— As I said earlier, Sandra Bullock nailed this role. She totally made me never want to go to space. The scene with the dog over the radio made me fall madly in love with her. She’s kinda been owning the whole movie thing since the dawn of time and somehow looks better now than ever before. She’s the kind of woman I’d like to work with and then sit down and drink a couple pitchers of beer. And then run off into the night with her Oscar. Judi Dench PHILOMENA Meryl Streep AUGUST: OSAGE COUNTY

PERFORMANCE BY AN Actress in a Supporting Role

— Don’t get me wrong, I love Jennifer Lawrence as much as everyone else in the world. I’m a little annoyed by how likable she is, actually. And while I’m sure she’ll win the night in terms of looking adorable, being charming, getting hit on by Jack Nicholson, and saying something candid and hilarious, I’m pretty sure Lupita Nyong’o is going to go home with the little golden man. Julia Roberts AUGUST: OSAGE COUNTY June Squibb NEBRASKA

— All of my co-workers have seen this movie. They all cried and called their fathers afterward. So there you have it. DESPICABLE ME 2 Chris Renaud, Pierre Coffin and Chris Meledandri ERNEST & CELESTINE Benjamin Renner and Didier Brunner FROZEN Chris Buck, Jennifer Lee and Peter Del Vecho THE WIND RISES Hayao Miyazaki and Toshio Suzuki

— I’ve never been to space, per say, but let’s just say I felt like I was there. INSIDE LLEWYN DAVIS Bruno Delbonnel Nebraska Phedon Papamichael PRISONERS Roger A. Deakins 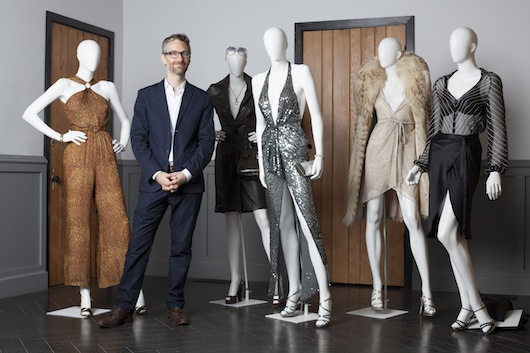 — Everyone looked so groovy and stylish in the previews. THE GRANDMASTER William Chang Suk Ping THE GREAT GATSBY Catherine Martin THE INVISIBLE WOMAN Michael O’Connor 12 YEARS A SLAVE Patricia Norris 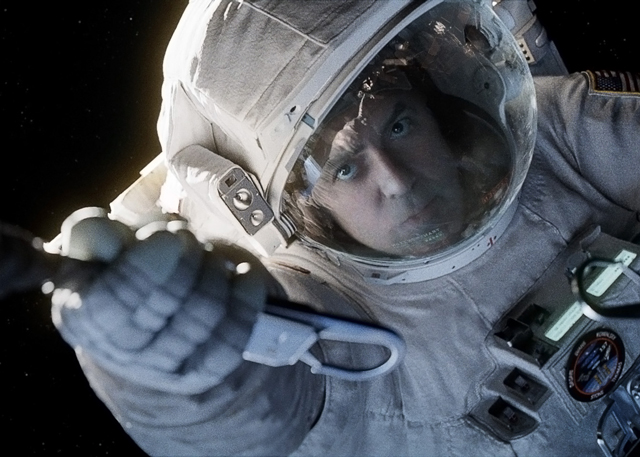 — I swear I’m not picking this over and over again because it’s the only one I’ve seen. NEBRASKA Alexander Payne 12 YEARS A SLAVE Steve McQueen THE WOLF OF WALL STREET Martin Scorsese

THE ACT OF KILLING Joshua Oppenheimer and Signe Byrge Sørensen

— Yeah, I have no clue. Not even an inkling. But that shit looks crazy, right? CUTIE AND THE BOXER Zachary Heinzerling and Lydia Dean Pilcher DIRTY WARS Richard Rowley and Jeremy Scahill THE SQUARE Jehane Noujaim and Karim Amer 20 FEET FROM STARDOM Nominees to be determined

— A guy I know saw this and loved it. THE MISSING PICTURE Cambodia OMAR Palestine

ACHIEVEMENT IN MAKEUP and hairstyling

— My mom will be really upset that I didn’t pick The Lone Ranger, but Johnny Depp kinda looks like that all the time. JACKASS PRESENTS : BAD GRANDPA Stephen Prouty THE LONE RANGER Joel Harlow and Gloria Pasqua-Casny

— I’ve been in a long-term relationship with scores for like 20 years. Movies just wouldn’t be the same without them. There are three others in this category that I am intimately familiar with. Steven Price is not someone whose work I don’t know well. I feel like he did strong work for Gravity. HER William Butler and Owen Pallett PHILOMENA Alexandre Desplat SAVING MR. BANKS Thomas Newman

— This is the only song out of these that I’ve heard and I like it a lot. Bam. Ordinary Love MANDELA: LONG WALK TO FREEDOM Music by Paul Hewson, Dave Evans, Adam Clayton and Larry Mullen Lyric by Paul Hewson 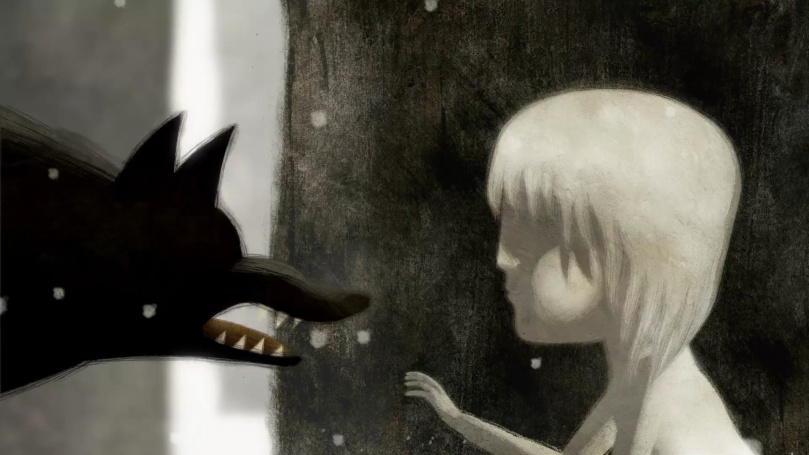 — I never seen any of these. This one sounds interesting. GET A HORSE! Lauren MacMullan and Dorothy McKim MR. HUBLOT Laurent Witz and Alexandre Espigares POSSESSIONS Shuhei Morita ROOM ON THE BROOM Max Lang and Jan Lachauer

PITÄÄKÖ MUN KAIKKI HOITAA? (DO I HAVE TO TAKE CARE OF EVERYTHING?) Selma Vilhunen and Kirsikka Saari

— No idea, but I can totally relate. THE VOORM AN PROBLEM Mark Gill and Baldwin Li 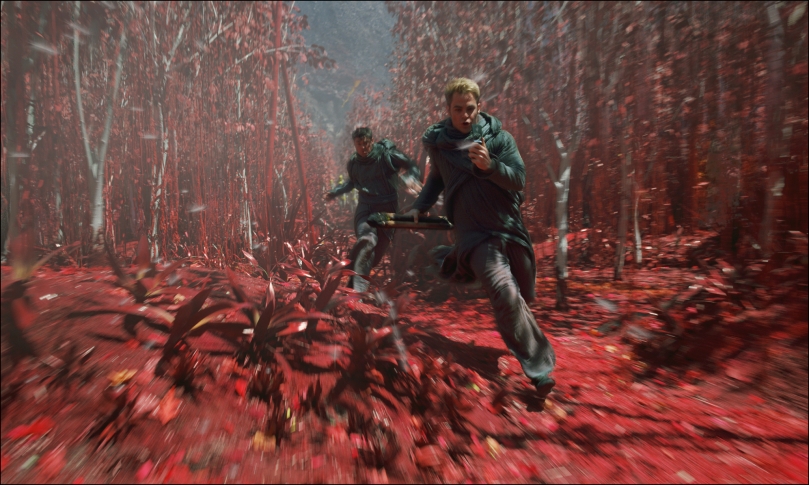 — I own this and I still haven’t seen it. Gravity will probably win this too, but I feel this is becoming redundant.

THE WOLF OF WALL STREET Screenplay by Terence Winter

HER Written by Spike Jonze 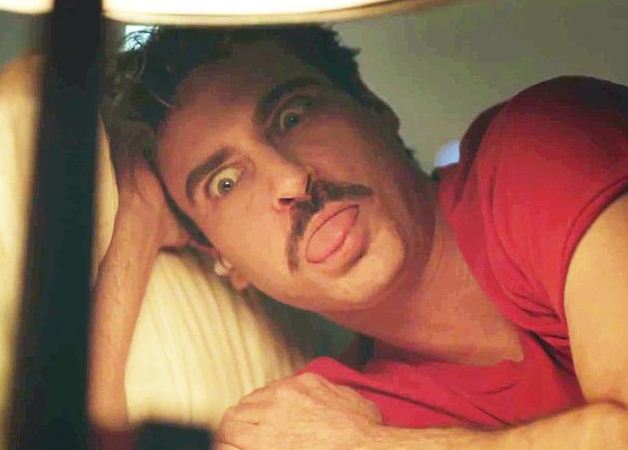 — I think this is a brilliant concept. And it’s not that far-fetched. NEBRASKA Written by Bob Nelson